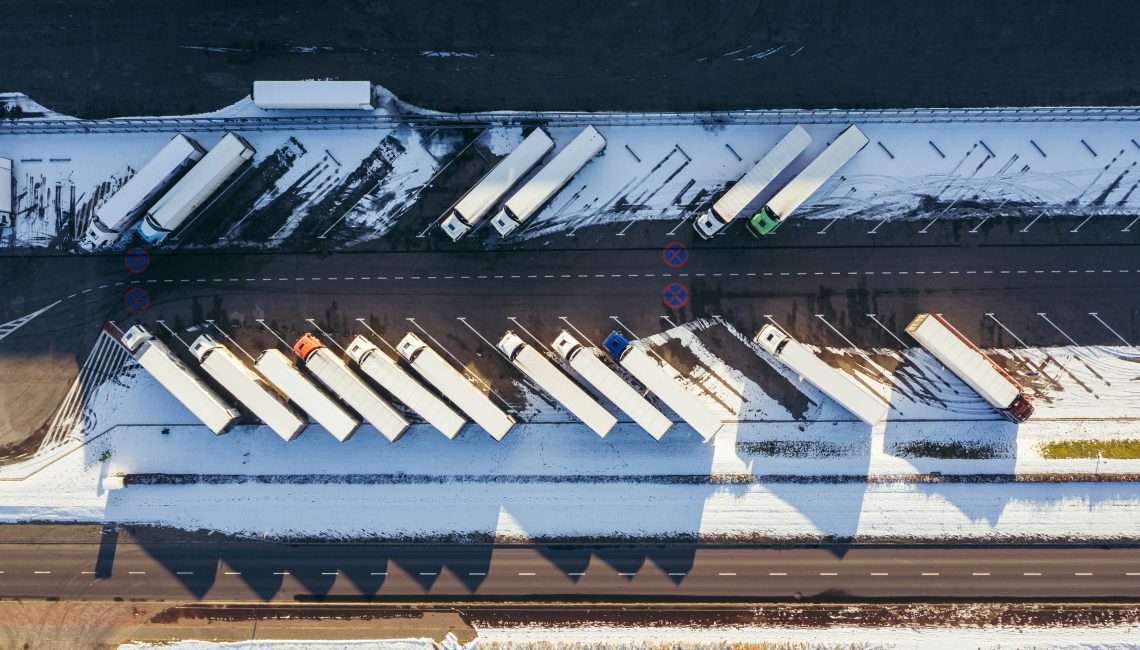 By: JLL Poland
Summary: The Polish logistics sector hit a record high in 2021, up by more than a third on the previous year, new figures show. Sales were almost 50% higher than the five-year average. The European aggregated vacancy rate fell below 4%. Demand totalled 6.9 million square meters, with new take up enjoying the lion’s share at almost 5.4 million square meters and renewals 1.5 million square meters. The largest five markets produced 70% of business, but Kujawy (Bydgoszcz), Tri-City and Lubuskie, each exceeded 300,000 square meters of completed transactions for 2021. E-commerce is now the second most active sector in Europe on 23%, behind three-party logistics. In the last three years, e-commerce has almost doubled its share from 12%.
Key quote: “New supply in Poland accounted for over 15% of total space delivered in Europe in 2021.”
Source: https://www.jll.pl/en/trends-and-insights/research/industrial-market-in-poland

By: BNP Paribas
Summary: Normality is returning to the European retail sector, according to the new Pan-European Footfall Analysis. Spanning 34 global and lifestyle cities across Europe, the report shows that the retail market is recovering from the Covid-19 pandemic. Footfall began generally recovering from the spring of 2021 and a sense of normality has now returned to downtown prime pitches.  With a renewed emphasis on new retail models and innovations in the type of formats that are being offered to consumers, city centers are aiming to safeguard their unique appeal. The lack of opportunity for consumers to spend during the pandemic has resulted in a pent-up demand, which should drive the recovery of the retail market. Even if the economic growth will be supported by investment – and the EUR750 bn Next Generation EU fund – consumer spending should also be one of the main components of the rebound, underpinned by cheap financing conditions, a further improvement in the labour market and faster wage growth.  In line with new consumer needs and the way people now interact with cities, mixed-use projects have become a notable trend across Europe. Developments include offices, residential units, restaurants, shops and hotels. These structures are often combined with green and recreational spaces to provide a fully rounded offering.  Spanning 34 global and lifestyle cities across Europe, the report has been compiled in collaboration with the BNP Paribas Real Estate research teams, retail agencies and alliance partners across 19 countries and with LOCATUS, for the supply of footfall and retail street data.
Key quote: Patrick Delcol, Head of Pan European Retail at BNP Paribas Real Estate says, “The findings suggest that some level of normality has been restored to European downtown prime pitches: brick-and-mortar premises still have traction, city centers are proving their appeal, along with some new retail models and formats that are being successfully introduced to inner cities.”
Source: https://www.realestate.bnpparibas.com/pan-european-footfall-analysis-how-has-retail-market-fared-face-pandemic

Ukraine invasion ‘to have negligible effect on European CRE’

Summary: Russia’s invasion of Ukraine is likely to have a negligible effect on the European property market. So says an analysis by Real Capital Analytics. Russian capital investment in the global commercial property sector has averaged just $330 million per year in the last five years and known Russian ownership of commercial assets in the world’s largest property markets is sparse. Investors in Ukraine tend to focus on its domestic market. The impact on international commercial real estate will likely be indirect, as the effects of the conflict feed through into commodity prices, inflation, bond yields and ultimately perhaps economic growth. Property is a long-term investment and a secure income stream from core assets can act as a buffer against volatility in other asset classes and the outside world, says the article.
Key quote; “For global real estate, the immediate and direct impact from these measures will likely be negligible.”
Source: https://www.rcanalytics.com/russia-ukraine-impact-cre

Summary: Private investment house Ardian had agreed to buy the Ritterhof office and administration building in Berlin. The office at Ritterstrasse 11, Kreuzberg, has been purchased for an undisclosed sum. It is Ardian’s fourth investment in Berlin and its eighth in Germany. Built during 1905 and 1906, the office is one of the few surviving historic buildings in Berlin’s former export quarter, or Rollkutscherviertel – named after the high-volume of horse-drawn carriages once used to transport goods. The property consists of three courtyards, eight staircases and three covered passageways, with around 13,000 square meters of space available to rent. About one-third of the building was recently leased by the finance and business portal Wallstreet Online, and the remaining two-thirds are to be leased after extensive improvements. Ardian Real Estate’s investment focus is on office properties in major European cities in Germany, France, Italy and Spain, where Ardian is already active through various direct investments. The image is credit of Wikimedia and is reproduced under CreativeCommons.
Key quote: Nico Rheims, Managing Direction of Ardian Real Estate, says, “We expect to see continued demand for office space in Berlin that meets the needs of a changing work world and fulfils high sustainability standards. The Ritterhof building complex is, therefore, an ideal fit for the investment strategy of our second real estate fund, AREEF II, which recently closed and through which we are investing into office buildings with the potential for strong rental and value growth in Europe’s core cities.”
Source: https://www.ardian.com/press-releases/ardian-acquires-berlins-ritterhof-office-building