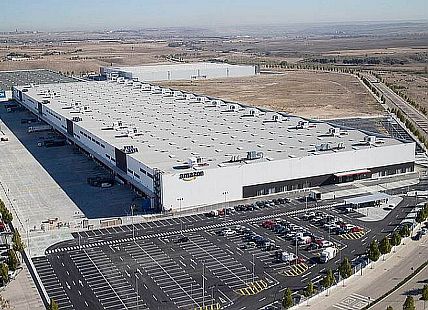 High demand for Amazon warehouses, more room to grow and ongoing cross-border and office sales show that Europe’s CRE market is resilient and active, according to our CRE news summary 5 July.

Amazon warehouses are in strong demand

By: RCA
Summary:  In 2020, a record 26 single-let Amazon-tenanted properties were traded in Europe. Through mid-June of 2021, another 12 have changed hands. One notable deal was German insurer Allianz’s purchase of a last-mile delivery unit in Vienna at €8,000 per square meter – the most expensive distribution property to trade in Europe in the last six years.
Key quote:  Investors will pay of premium of around 8% for an Amazon-let property. “The existence of such a premium is not a surprise: the scale and nature of Amazon’s business mean their warehouses are always going to be sought after in the current investment climate, which prioritizes secure income in sectors with positive tailwinds. This is unlikely to change for the foreseeable future.” The image is courtesy of Allianz.
Source: https://www.rcanalytics.com/amazon-warehouse-us-europe/

By: Globest.com
Summary:  Global investor Blackstone has been the top cross-border buyer during the COVID era.
Second was GIC and third was AXA Group.
Key quote: “While Blackstone purchased roughly $18 billion in assets from Q2 2020 to Q1 2021, it bought very little in North America. But it was very active in Europe and Asia.”
Source: https://www.globest.com/2021/06/14/blackstone-was-the-top-cross-border-buyer-during-the-pandemic/?slreturn=20210530091444

Coworking sector in Europe has room to grow

By: Cision.com
Summary: Catella AB (publ) has, through its subsidiary Catella Project Capital agreed to acquire Königsallee 106 in central Düsseldorf. The total investment is estimated to be €250 million and Catella’s share of the project is 23%.
Key quote: Catella CEO Christoffer Abramson, says, “The development, together with the other Principal Investments in Germany, as well as logistic properties in France, Spain and Sweden showcases Catella’s ambition to successfully grow own property investments and partnerships across Europe. To date, nearly SEK 700 million of Catellla’s equity has been invested contributing to Catella’s long term internal rate of return target.  We see great opportunities for future partnerships and growing our Principal Investments portfolio across Europe.”
Source: https://news.cision.com/catella/r/catella-enters-into-agreement-to-purchase-landmark-building-in-central-dusseldorf,c3375644