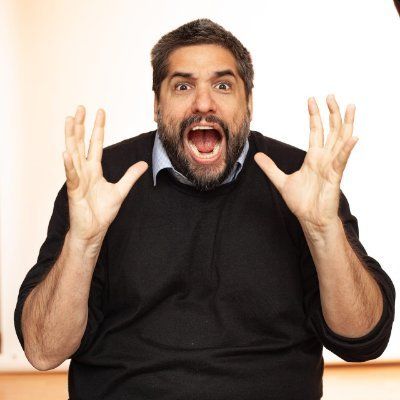 Mario Krivokapic – who reads a new business book every week – has started a new chapter in his extensive sales career, at Consorto.

He is a sales and startup professional, with more than 20 years of experience, including working as Lead Sales Mentor for early-stage investor, Startup Wise Guys.

Mario says, “I’ve been in sales, in form or another, for the last 20 years. I sold everything, from door-to-door, over the telephone, direct sales and party sales. Finally, about eight years ago, I started in IT B2B sales.

“I try to read one book per week, and have a library of over 200 sales/business books – not counting audiobooks and digital copies.”

During sales training, Mario met Consorto Chief Executive Officer, Philip Verzun, and was impressed. “I immediately liked both him and the Consorto product and realised he was going to make something great. Then, earlier this year, I began some consulting work with Consorto, and I have now joined full time.”

Mario is Consorto’s new Senior Business Relations Manager and specialises in business development for Software as a Service (SaaS). “I am experienced in everything from setting up our overall strategy, doing operations, making up onboarding for new clients to executive coaching and mentoring.

“In my career today, I get to choose projects that interest and challenge me and Consorto fits right in there.”

Away from work, Mario is an American Football fan and follows the New England Patriots. “NFL kinda happened in the early 2000s. I was really into sports at the time. I watched everything. Then I ran into a Bears game by chance. They were down 14 points with less than two minutes to play. But somehow they came back and won in overtime. I have never seen that happen in any sport! That’s when I fell in love with the game.

“Later that year, there were talks about a 199th pick of the draft, that won the job of starting Quarterback. That was my first Super Bowl I watched – New England vs RAMS. That’s when I started cheering for the Patriots. GO PATS!”

He has just one thing on his wish list – a Starbucks in Tallinn!